I’ve resurrected another post from my defunct old website in response to a Ken Jennings blog topic — this one about a puzzle that obsessed him as a kid.

The one that obsessed me for a while in seventh grade was in Games magazine, and it led more or less directly to my present career as a computer programmer. It was called The Calculatrivia Marathon.

In late 1978, shortly after I began attending Hunter College High School, Games Magazine published a contest that it called “The First — and Maybe the Last — Calculatrivia Marathon.” First prize was: 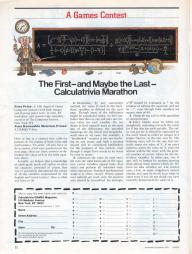 The contest consisted of dozens of trivia questions, each of whose answer was a number. Entrants were required to answer all the questions, then plug the resulting numbers into a fearsome-looking mathematical formula to determine the value of “x.”

I don’t know exactly why this contest captured my imagination, nor why the first prize was so appealing to me (I had no particular interest in computers before then) — but it did, and it was. I set to the task with a single-mindedness that my new teachers wished I would devote to my homework. 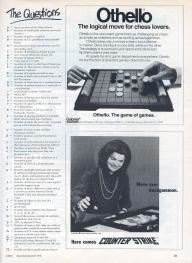 At one point I got stuck on the question, “Number of Best Actress Oscars won by Katharine Hepburn.” (Little did I imagine then that in the future I would become involved with The Internet Movie Database, which can supply that answer in a matter of seconds. But in 1978 there was no World Wide Web and we had to do research the old-fashioned way.) I called the research librarian at the New York Public Library and asked the question, and was amazed when the librarian replied without hesitation, “I’m sorry, I can’t answer that; it’s a contest question.” Did they somehow keep track of all the trivia contests going on in the world? Well, I guess that’s what made them research librarians at the prestigious New York Public Library. I tried a research desk at a less prestigious library and got my answer. (Three, at the time; she later earned a fourth for On Golden Pond.)

After I assembled all my trivia answers, I consulted my math teacher, Ms. Krilov, for help in interpreting the formula. At the tender age of twelve, you see, I’d never seen a fraction with another fraction in the numerator or denominator. After that was cleared up, I plugged in my numbers and began calculating.

The first two or three times I got totally different answers. But in the end I got a number I could feel pretty confident about. It was something like 117345.0625. 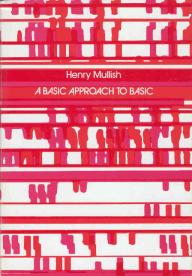 The contest had been hard, very hard — and I had finished it. Surely only a very few others had gotten as far as I had? My chances of winning the grand prize were clearly very, very good. Of course, I had no idea what such phrases as “BASIC in ROM” meant. During the few months before the contest winner was announced, I went to the school library and checked out “A Basic Approach to BASIC,” by Henry Mullish, and read it cover-to-cover. Then I read it again. When it was due back, I re-checked it out.

In this way, while waiting to hear from Games Magazine, I learned to write computer programs; and today, programming is my livelihood and my chief avocation. 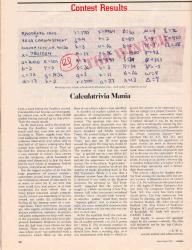 In the end, I didn’t win — my answer wasn’t even right. That might have been the end of my programming career right there, but for my new friend Chuck and his dad’s home computer…

2 thoughts on “Games magazine, or how my career was launched”