The last TV commercial that made me run right out and buy the product was for Squirmles. It was the 70’s. I was eight. I had only recently started earning an allowance. I had never had a pet and the commercial made Squirmles look like a magical pet. I had to have it!

Worst buck and a half I ever spent. Lesson learned: marketing is lies.

As I said, that was the last TV commercial to make me run right out and buy the product — until now.

This morning I followed these directions on the bottle: 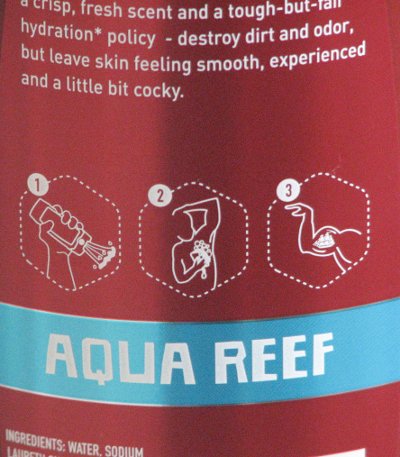 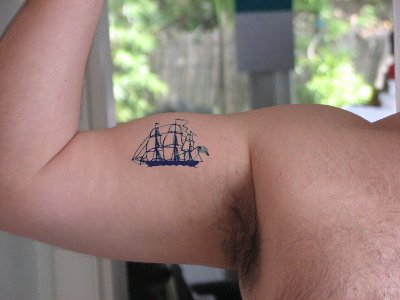 Imagine a car rolling down the highway at a constant speed. Now imagine a refueling truck keeping pace with that car and adding a constant trickle of gas to the car’s tank, so that the level in the tank neither falls nor rises.

Now imagine that the driver of the car presses harder on the accelerator, and the car speeds up. The refueling truck speeds up too to stay with the car, but the trickle of gas stays the same — it doesn’t increase to compensate for the faster-running engine.

According to common sense — and the laws of thermodynamics — the level of fuel in the tank must now begin to drop. Right? Right?

Well, I’m now in week four of vigorous exercise almost every damn day, and the pounds are not coming off. I weigh exactly as much as I did when I started. My eating habits are the same as before, and my level of physical activity is notably higher. If I could build a car that worked like me, the world’s fossil fuel woes would be over.

In the past I’ve announced my weight-loss efforts on this blog as way to compel myself to stick with them (reasoning that I wouldn’t be able to let my millions of loyal readers down, natch). This time I kept it quiet, hoping for more success than in other recent attempts, so as to have a little momentum going when I broke the news here. Happily, sticking with my new fitness regime no longer seems to be the main challenge. Unhappily, the effect of all that exercise seems to be nothing other than an increase in the efficiency with which I metabolize my food intake. I have no choice but to change my eating habits. Let’s see if that does anything, or if I continue to defy the laws of nature.

Phase one: eliminating sweets for two weeks. This better work.

The other day Archer asked me to hold up my hand, fingers out. I did. He then began asking me yes/no questions, one per finger. A “no” answer meant that the finger got folded down, a “yes” answer meant it stayed up. Of course this was a brand new trick from the schoolyard with which he was trying to get me involuntarily to give him “the finger,” but between its newness, Archer’s confusion about how to execute it, and my own teasing efforts to sabotage the result, it took a lot more than five questions to reach the hilarious goal. But reach it we did, at which point Archer erupted into merriment. “You’re making a rude gesture!” he laughed, as if we hadn’t both known it was coming. “Now do it to me.”

Now his middle finger and thumb remained pointing up. A big smile spread across his face as he thought he knew what was coming next.

I blew his little mind.

Last week I replaced my six-year-old home server (which serves this website among many other functions) with a newer, faster, quieter computer. Transferring all the data and functions was a considerable effort in system administration. For the record, here are the steps I had to take.

Naturally not everything went according to plan. So in addition to the steps above I also had to solve:

Throughout all this, I frequently had to pause to locate and install needed software packages and Perl modules that weren’t part of the default Fedora setup. For good measure I also had to replace an external hard drive that was about to fail. (Thanks for the warning, Palimpsest!)

Happily all these things are now done, except that the monitor issue is a bona fide bug in the xorg video driver (duly filed) that someone else will have to deal with. Until then I just have to remember to switch the monitor off when I walk away.

This may all sound like deep wizardry, but it doesn’t feel like it to me. Having spent a lifetime coping and communing with these sometimes-cantankerous machines, it’s just busywork. Then I think of the number of other people in the world who could do all of this single-handedly and I become impressed with myself.

Here is a puzzle that I posed to Jonah last night, and then helped him to solve in fulfillment of his required ten minutes of nightly math homework:

What is the date (day, month, and year) at the beginning of The Pirates of Penzance?