Skip to content
Once, in high school, I was seized by the need to know the lyrics to the Underdog song. This was before Google, before the World Wide Web, before public “lyrics” databases, before even TV Toons. I had been a big Underdog fan as a kid, but by seventh grade the theme song had all but disappeared from my memory. It took persistent questioning of basically every person I saw before I found someone who could sing it to me, and then of course it all came rushing back. 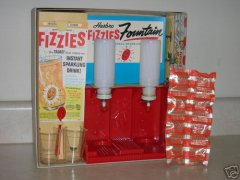 Over the years I have often felt the need to revisit something from my childhood, from vintage toys to long-lost friends. With the advent of ubiquitous Internet access and eBay, etc., this became easier and easier over time.

In the past several days I have written a lot about my elementary school friends Jon, David, and Sarah. David accompanied me to high school and I’ve kept in touch with him on and off, but Jon and Sarah more or less fell off the face of the earth — until last week, when my occasional googling suddenly turned up some unwelcome but definitive news about Jon. Sarah was a harder problem; her last name was a very common one, and finding her was like finding a needle in a haystack. And yet yesterday, David found Sarah online without any apparent effort! We’re now back in touch with each other after about a quarter century. “Why now?” Sarah asked me in e-mail.

I’ve been thinking about it, and I believe I have now managed to track down everything that used to be important to me — every obscure pop-culture memory, every hard-to-find candy treat, every depiction of what my old neighborhood was like long ago, and now every close friend. I have fully mined my past.

Nothing left but the future now, I guess. And just in time for the big 4-0. Onward!

4 thoughts on “The circle is now complete”