Skip to content
Like most of the rest of the blogosphere, I was strangely affected by the plight of James Kim and his family, snowbound in a remote mountain pass for eleven days after a fateful wrong turn during a routine family drive. After several days and an intensive search, his wife and young daughters were rescued from their stranded car, ironically just hours after James struck out on foot in search of help. He never made it.

People die every day. Plenty of stories are sadder than this one. What makes some grab at the imagination more than others? In this case, for me, the answer was pretty clear (even before I knew about my indirect personal connection to the Kims — they’re close friends of my boss, Matt): James Kim could have been me. He was a middle-class Bay Area computer nerd, intelligent and nice, with a young family that liked to take long car trips.

My own experience with being underdressed, underequipped, and disoriented in a snowy wilderness was orders of magnitude more brief and less perilous, but I think it taught me well enough not to strike out across open country under such circumstances. But how long could I resist the temptation to go for help when my family is freezing and starving before my very eyes? Superior, self-appointed survival experts all over the Internet are today pompously pronouncing that James should never have left the car. Easy for them to say. I think he showed more restraint than I would have under similar circumstances by staying with the car for as many days as he did. And after all, there are worse ways to die than by hypothermia 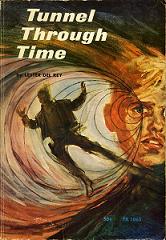 (the end stages of which can be quite misleadingly pleasant — you get warm and drowsy — learned that in fifth grade from Tunnel Through Time by Lester Del Rey) while heroically trying to rescue your wife and children, as half the online world prays for you.

Reportedly, the Kims took an ill-chosen alternate route to get from Interstate 5 inland to US-101 on the coast. How many times have Andrea and I spotted a more-interesting looking road on the map and said, “Let’s have an adventure!” (We did it on this road once near Half Moon Bay and almost had a wilderness crisis of our own — on dry roads, near the heart of the Bay Area — when we nearly ran out of gas as night fell.)

Having grown up on the East Coast, I know how treacherous even slightly hilly, slightly curvy secondary roads can be in the snow, so I think I’d know better than the Kims did about choosing that winding mountain pass. But with just a few modifications, the Kims’ plight could easily have been the Glicksteins’.

[This secton incorporates text originally written in May 2004 for a similar topic on my high school alumni mailing list.]

I think I understand the need of some to make those pompous pronouncements. I know what drives the desire to blame the victim.

Several years ago I got involved in flying. A big part of what a pilot does when not flying is to talk about flying. And read and write about flying. Specifically, there are a few flying magazines that many pilots read. You’ve seen them on the newsstands: “Flying,” “Plane and Pilot,” “AOPA Pilot,” “Private Pilot,” etc.

These magazines are highly formulaic and the writing is uniformly awful. Every month it’s the same test drive of a cool new plane, the same product reviews, the same reports of what our pilot buddies in Congress are doing for us, and the same fights between local airports and the noise-averse communities surrounding them. There’s no doubt in my mind that every pilot skims right over all that junk to head straight for the monthly column about some horrible aviation mishap (columns with names like “Never Again” and “I Learned About Flying From That” and “Aftermath”).

It’s a truism that there’s a little nugget of fear somewhere deep inside every pilot. The accident statistics are very favorable, but of course it’s the grisly stories that stand out in one’s mind. So pilots morbidly devour every accident story, mainly looking for reassurance that they’re immune to whatever mistake that poor bastard made. Didn’t get an updated weather briefing before takeoff? Idiot. Didn’t do his weight-and-balance calculations? Moron. Didn’t budget enough fuel for getting to his alternate landing site? Allowed an impatient controller to bully him into a bad decision? Didn’t heed the rough sound coming from the engine? I’d never do that.

I feel sorry for the victims I read about in those stories, but I freely admit to playing that blame-the-victim game as I read. Usually the mistakes are simple and understandable. Sometimes I can’t find any difference between that poor bastard and the cautious way that I fly, other than dumb luck, and that’s pretty unsettling. But sometimes the lapses in judgment are so egregious that it turns any sympathy I may have felt into impatience, even anger, especially when there are innocent victims involved.

Maybe this is something like how the Monday-morning wilderness quarterbacks are reacting to the Kims’ story. To me, the Kims’ mistakes fall into the simple-and-understandable category. (All too understandable.) For others maybe they are egregious. Seems harsh to me, but at least I can understand it as a difference of degree rather than a difference of kind.

In recent years, when contemplating my own mortality, I’ve found that it’s not me I worry about (as it was when I was younger), it’s the people I’d leave behind. This was true even before I became a parent but is a hundred times truer now. As long as I don’t die stupidly, it’ll be without any serious regrets. (Well, I would like to know how the Harry Potter series turns out.) But I have a strong stereotype in my mind about what losing a father at a young age can do to a couple of boys like Jonah and Archer. In that stereotype they become sullen, mad at the world, unambitious, even self-destructive. This more than anything else is why I hope not to die. There’s an alternate stereotype, where the survivors pull together to endure the crisis and emerge more tightly knit for their loss. This more than anything else is what I hope for the Kims.

One thought on “That could have been me”