Skip to content
Speaking of superheroes, my wife Andrea has a few amazing superpowers. For instance, she has the power to make strangers tell her intimate details of their lives. I’ve seen it happen! Perhaps on another occasion I’ll write about that power at greater length, but I fear that if the government ever gets wind of what she can do, they’ll ship her undercover somewhere and we’ll never see her again. 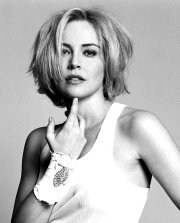