Jonah’s having a “Neverland” party. It was going to be a “pirate” party until we learned that his friend Jude would be having a pirate party too right around the same time. It was hard to talk Jonah out of the “pirate” theme — until we hit upon Neverland, which has flying, Indians, mermaids, a crocodile, and pirates!

It helps that we recently read Peter and the Starcatchers. 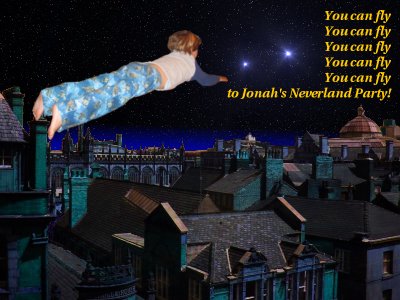 One thought on “Jonah’s birthday invitation”