Skip to content
The other day I listened to an NPR segment about washing dirty computer keyboards in the dishwasher. I was at once transported to…

Back in the day, smokers at work didn’t have to throw on an overcoat and huddle with a few miserable outcasts in frigid temperatures to indulge their vice. They just had to close their office door.

My friends in college were all smokers, and I was a determined non-smoker. I had spent my childhood haranguing my dad (who quit) and my mom (who didn’t) about their smoking habits, and I had spent high school not hanging out with those who were experimenting with tobacco.

But my heroes in those days were James Bond, Simon Templar, Humphrey Bogart, Sherlock Holmes. They all smoked, and to those who say that books and movies don’t influence kids to smoke, I say hogwash. It was inevitable, in hindsight, that my anti-smoking cred would prove false and that it wanted only some socializing with smokers to seduce me to the dark side. 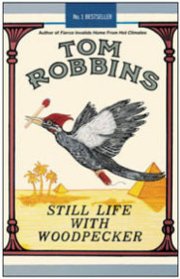 Camels were my brand, thanks to Tom Robbins. (N.b. not “Joe Camel” — he appeared shortly after I took up this habit.) We’d chip in for cartons and share them, me and Bruce and Steve and Amy and Drue. A pack cost $1.25. When Steve and I shared an office in the University Computing Center at CMU, we kept the door closed and smoked all day, turning the air into a narcotic miasma. We got few visitors.

During those few years of smoking, I’d tried one time seriously to quit, and one time not so seriously, but failed. Then, toward the end of 1989, I faced my first overnight stay in the hospital for a minor surgical procedure. I was instructed not to smoke for twelve hours preceding the start of the operation. I took this opportunity to quit for good, and this time it worked. I haven’t had a cigarette since.

By that time Steve had left that job and I had a private office. Within a few weeks, I began to be able to detect — and be offended by — the stench of tobacco in my office, and I deployed a heavy-duty electric air cleaner, which ran night and day. I cleaned my computer monitor and was amazed to discover a much brighter image lurking behind a thick yellow film. I shampooed my office carpet. After a while my office finally smelled fresh and clean again. The one witness that could still testify to my erstwhile habit was my computer keyboard, grimy beyond belief.

Having an ingrained respect for technology, it never occurred to me to put the keyboard in a dishwasher as in the above-mentioned NPR segment; and in those days, simply throwing it away and buying a new one was not as easy and inexpensive as it is today. Instead, after wrapping up work one afternoon, I took the keyboard to the office kitchen, where I carefully popped off each individual key cap and meticulously scrubbed it under warm running water. The keys gleamed! I let them dry on a towel overnight and reassembled the keyboard the next day.

Also by that time, I had begun dating, and then moved in with Andrea, who was a smoker like me. She continued smoking after I quit. One day several months later, out of the blue, she asked me one of those questions dreaded by boyfriends everywhere: “Notice anything different?” In a flash I began scanning: hair? nails? shoes? jewelry? colored contacts? new nose? new boobs? I was coming up empty, and after a long pause had to confess to it.

“I haven’t had a cigarette in two weeks,” she said. I was flabbergasted. For me, quitting had been a teeth-gritting ordeal, complete with frantic pacing through the apartment, several half-trips to the corner store to buy a pack, and one complete trip that ended with:

Andrea had smoked as much as I had, and had been doing it longer than I had. But without a word or any apparent effort she quit cold-turkey — another of her superpowers. “And today that woman is my wife.”

I still miss smoking. I miss the long quiet hours doing homework or drawing cartoons, just me and my cigarettes. I miss smoking on long drives, which I used to do often between Pittsburgh and New York. Every cup of coffee and every cocktail I drink is diminished for want of a cigarette.

But I like breathing freely. I like not stinking. I like not paying today’s prices for a pack and being banished to forlorn designated smoking zones. I like my kids not seeing me smoke. And I’d be none too fond of emphysema or lung cancer. It’s not like the balance is about to tip any time soon.

But the day I’m diagnosed with an incurable disease, it’s straight back to the Camels. They’ll be my consolation prize.