Here is the background image from the main page of IndianaJones.com, the website promoting the upcoming film Indiana Jones and the Kingdom of the Crystal Skull: 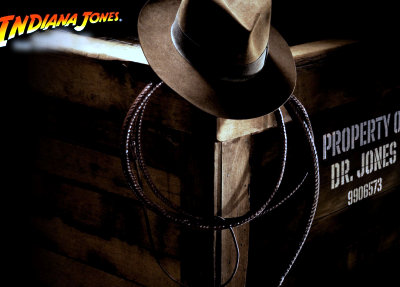 Obviously the crate is meant to be the same as the one in which the government’s “top men” squirreled away the Ark of the Covenant in an enormous warehouse at the end of the first film.

No, I know one more person who immediately spotted the (apparent) error: my equally film-geeky sister Suzanne.