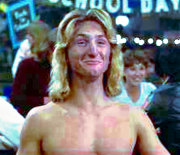 The very day that I learned Microsoft would be buying Danger, and that I would therefore reap a small windfall, Andrea (not yet having heard the news) proposed the idea of hiring a Beatles cover band to play at Jonah’s Yellow Submarine-themed sixth birthday party. At once I thought of Jeff Spicoli, Sean Penn’s character from Fast Times at Ridgemont High, of whom we’re told, via a title card at the end of the film:

Andrea had to do a lot of convincing, but once she got me past the mental hurdle of “hire a live rock-and-roll band for a party full of six-year-olds?” it became immediately obvious that it was the right thing to do, and we did it: we blew some of our “reward money” hiring The Sun Kings to play Jonah’s party. And it kicked ass. 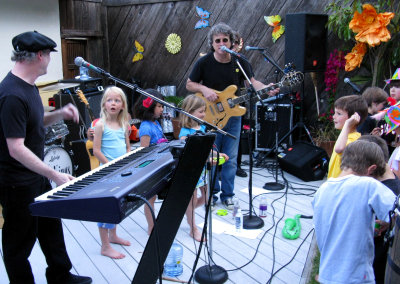