Skip to content
Today my friend Greg had his birthday party. Andrea and I were responsible for decorations, which took the form of helium balloons and a collection of six different cakes painstakingly hand-decorated by us to depict Greg’s life. 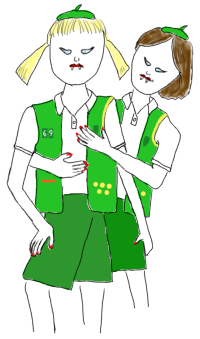 While we’re on the subject of sex, might as well mention my next-door neighbor. He moved in about a year ago. His license plate read, “I♥BDSM.” Sure enough, we noted an interesting variety of people coming and going from his house, a few wild-seeming parties, and the occasional vividly suggestive sound effect in the middle of the night. I got a glimpse through his window of the first movie he watched after setting up his big-screen TV: Secretary.

At my birthday party yesterday, my friend Ursula asked about this blog and was disappointed when I said that it has very little sexual content. So here, for Ursula, is something sex-oriented from my archives. (I can’t wait to see what this will do for my Google hits.) It’s an (illustrated!) e-mail message I wrote to a mailing list when my friend Don let everyone know he’d attended the 2003 San Francisco Masturbate-a-thon. One highlight, he wrote, was 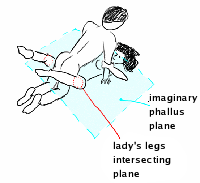 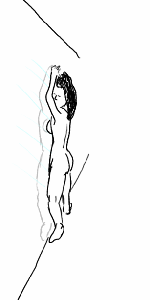 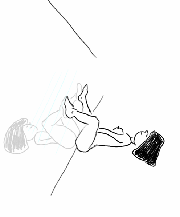 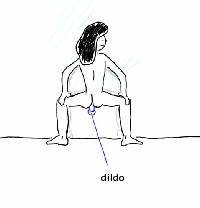 I’m on a mailing list that saw much criticism of George Bush in the aftermath of Hurricane Katrina. In response to a comment about Bush remaining on vacation as the disaster unfolded, one die-hard Bush defender quipped,

All presidents have taken long vacations, but then again, they are “on-call” 24 hours per day […]

With, of course, the notable exception of President Clinton, who preferred have his vacations under his desk.

New rule: Any president who can keep Americans safe, preserve our liberties, keep joblessness and poverty down, keep the economy growing, keep the international situation stable, heed scientific consensus, avoid burdening our children with debt or depriving them of resources, refrain from unnecessary military adventures and fight the necessary ones effectively, govern on behalf of those who didn’t vote for him as well as those who did, appoint qualified experts to top posts and hold them accountable when they fuck up, admit and correct his own errors, honor the accomplishments of past generations, and exhibit a deep respect for the law is hereby free to gather the entire staff of the White House for a giant orgy in the Oval Office daily at 6pm. With sodomy.