Skip to content
I recently started a new job at Google — specifically, at YouTube, which Google owns. Near my desk there is a break room with some musical equipment, including electric guitars, keyboards, and amps. It’s called the Guitar Room. What a stroke of luck — I’ve been wanting to learn the guitar but it’s hard to get practice time at home with the kids always clamoring for attention (and me so willing to give it). I sent mail to my new co-workers asking whether anyone was able to give me lessons during lunch a couple of times a week. Someone suggested, “Why not try some of the ten million ‘Learn to play guitar’ videos on YouTube?” So I found some that look promising and now I’m using YouTube to learn guitar in the YouTube Guitar Room. 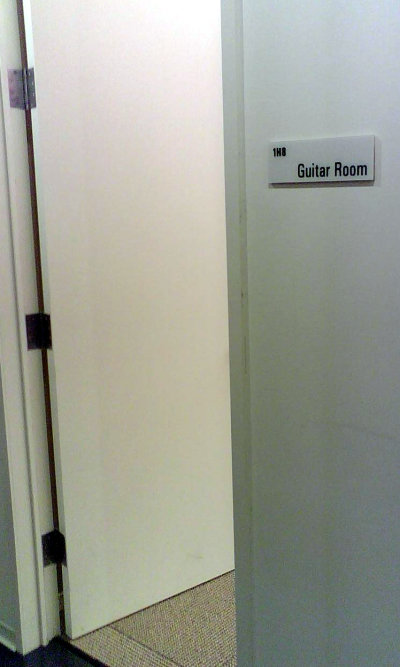