Several days ago, my sister Suzanne was “friended” on Facebook by Dina Meyer, the actress, whom you may best remember as the other woman in the love triangle in Starship Troopers. 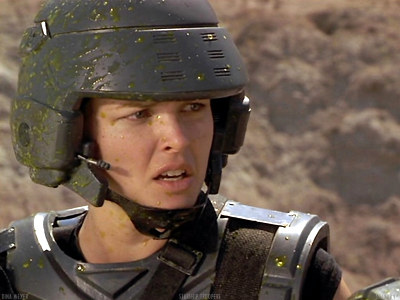 The friend request included no explanation beyond the message, “OMG!” So Suzanne started sleuthing and enlisted my help and our dad’s.

Thanks to ye vasty Internet we learned that Dina Meyer grew up in Forest Hills, New York — just like us. She was born in 1968 — right between me and Suzanne in age. She has an older brother named Gregory — just like an early-childhood playmate of mine (who had a younger sister named Dina). The clincher came when our dad recognized Dina’s mom in a picture of the two women.

Eventually, Dina and Gregory moved away. As I learned just recently, their parents split and their mom remarried, which must account for the new name. Later our own parents split, and a few years after that our dad remarried — and weirdly, Jackie and David became our stepsiblings!

And now, because you know I’d never leave you hanging, here’s a picture of Dina literally using my sister (bottom left) as a stepping stone to stardom. (Those Hollywood types are all the same.) 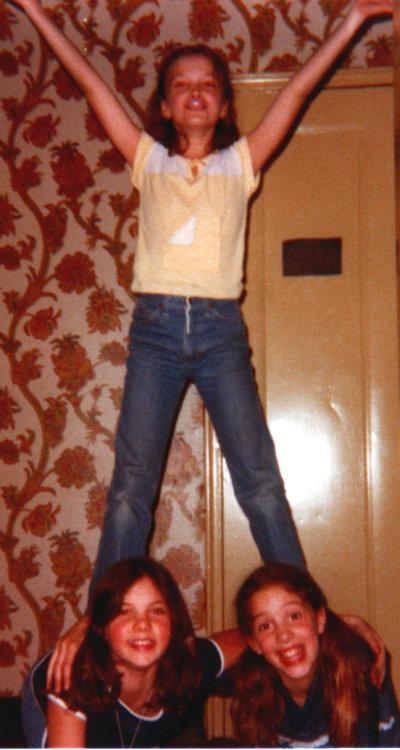 One thought on “Brush with t3h h4wtness”