Ed McMahon died. Though I don’t believe in an afterlife, it’s nice to think about him and Johnny Carson together again. 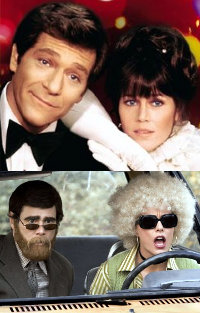 The news about Ed McMahon made me think of the one real acting role of his I’ve ever seen — that of Charlie, the aerospace executive who fires George Segal in Fun With Dick and Jane (the original, from 1977). He was surprisingly good in the part.

That made me think of the 2005 remake of that film, with Jim Carrey, which did poorly at the box office. Not surprising, considering that it was one of Hollywood’s many completely unnecessary remakes, but more to the point, it was made during an era of economic good times. The original was from the depths of the drawn-out economic malaise of the seventies, so its premise of a white-collar executive on the ropes and turning to a life of crime was relevant social satire. The remake was merely zany.

If it were remade today I’m betting it’d do better.